To promote Norwegian singer Aurora Aksnes’ new album ‘A Different Kind of Human’ the LCI team hit the streets of London to create these stunning images with the help of a London landmark.

The transformation of buildings and architecture creates a great impact, taking your promotion to the audience, or creating great media for use on all social channels. Guerilla projection, street projection and moving projection are all promotional campaign tools in LCI’s toolbelt. With our building projection ‘know-how’ we are able to advise on locations, content and form to give outdoor campaigns maximum impact.

‘A Different Kind of Human’ was released of the 7th June 2019 and Aurora is touring in the UK later in the year. 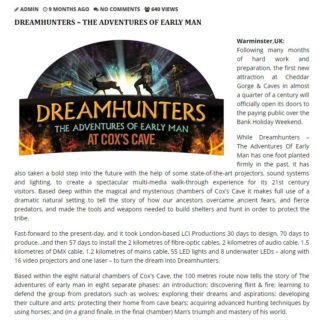